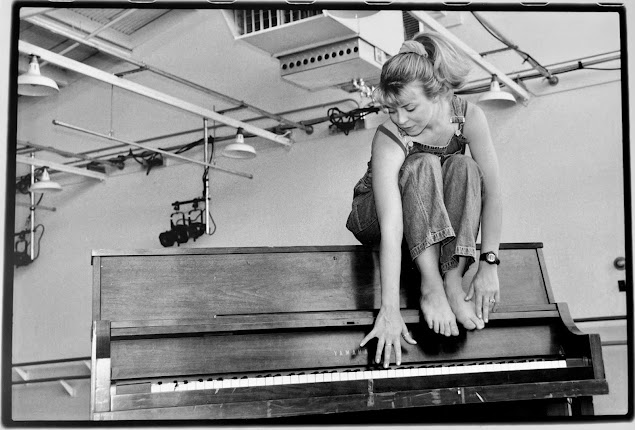 The first lyrical song I ever wrote was called "World of Shadow." I was 18, clueless about what direction I should take my life, and with my parents' voices drowning out my own, I was walking to the beat of someone else's drum.

Look out any window

Scan the streets for some life below

Is there anybody out there?

Are we living in a world of shadow?

I suppose I was a shadow, too, incapable of affecting change. I was digging deep, trying to pull up the seeds of my soul and inspect them. What were they supposed to be? How could I get them to grow when I had no idea how to feed them? I always got a kick out of the people who would tell me how full of energy and positive I was. It's a sweet sentiment, and I appreciate it, but c'mon ying-yang, baby, ying-yang. I fought hard to embrace joy. Can't get that happy outlook by drifting along on a floaty. After all, there is no rudder on the damn thing, and I like to steer.

I was hunting for my voice. I didn't know it at the time, but the imaginary girl I grew up with hitched a ride during my teenage years and didn't look back. She stole my voice, and the music I was writing held all the clues to where she could be. But I couldn't reach her, and the lyrics were too obtuse to be of any use. So, instead of writing stories with words, I started writing them with my body.

At that point in my life, my spirit was broken. It's not important how it became that way, just that it did. Too many dark voices and writing about them drowned me in ink. I was searching for insight but with outer sight. How do you see inside a shadow? You can't. I hadn't realized yet that it was up to me to give those shadows substance... that they would hold answers.

Dance gave legs to my emotions, and my choreography sang along to the music. I found a new voice, a joyful voice, while the one in the shadows cowered and watched. This one spoke in spirals, falls, and leaps, taking me further from the edge of emptiness and the abyss where my imaginary friend had fled.

For me, creating art has always been filled with layers and layers of rips and tears. I could peek through the tears and see glimpses of inspiration, but not the threads it was tied to--its origination. It occurred to me years later that many of the solos I choreographed were about searching for something. Finding Joy, Stuck in the Mix, Inner Sight were some of the works that cried, "You're Lost." My group works were never that--I was always inspired by the generous dancers I worked with and wove their energy into the work. But when confronted with myself?

In the mirror of time, I see

Not one, but too many different me's

One who lives in a darkened place, the other in a blinding light

In a world of shadow

Have you ever had the feeling that there is something you are supposed to be doing but aren't? You walk around trying to remember what it was you had planned but can't quite put your finger on it?

That was me. But it wasn't my ring, water bottle, cellphone, or keys I kept forgetting or even the elusive shopping list that one so painfully constructs only to find after you come back from the store. It was something much bigger...
And, on July 4th, 2020, the girl I thought was gone forever came back…